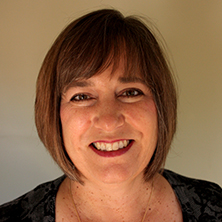 1. I read on your website http://barbsfavorites.com/ that you have a family of writers. What does everyone write about?

My son writes poetry and short stories, his wife is a screen writer -she writes for The Flash, which is on the CW Network, my daughter dabbles in screen writing, and my husband is writing a story about a Korean War veteran. I do freelance writing for quilt magazines, and have been writing memoir – most recently stories about when I was 22 years old and a new graduate nurse working in a critical care unit. Do you know how many nurses end up as quilters? Lots of us! And I’m working on a novel with a quilt in it- an appliquéd quilt, of course!

2. Are you as good a pie baker as you are a quilter and will you share recipes?

I think my pies are a little on the rustic side, I don’t know how to keep them from boiling over so they usually have that opps! look. I’ve won a few ribbons at the County Fair but not the Best of Show; it’s the ribbon I want! It’s fun to enter contests but mostly I make pies for people who love to eat pie. I’m including my favorite Army Wife Pie Crust recipe. My mom taught me that fruit pies are all the same basic recipe: 4 cups of fruit or berries, 1 cup of sugar, 1/4 cup of flour, and 2 Tablespoons of butter. She also taught me to bake my pies in a hot oven, 425 degrees for fruit pies. My quilting buddy, Kathleen Webb taught me to follow the pie recipe on the can of tart cherries. (She HAS won the Best of Show ribbon!) I think my cherry pie is tasty but my best pie is apple. The secret is in the apples – half Gala and half Golden Delicious. Recipe For: Never Fail Pie Crust AKA: The Army Wife Pie Crust recipe From the Kitchen of: Barb Eikmeier via Pat J. Year/History of Recipe: This recipe was given to me by another army wife in 1994 or 95 at Fort Irwin, CA. I had it in my recipe box for 16 years before trying it. If I had tried it sooner I would have made pies much earlier in my life! Pat’s tip of using a pastry cloth and a sock on the rolling pin was what I needed to know to be successful at making pie crust. Ingredients:3 Cups flour1 ¼ cup shortening1 egg, well beaten5 T water1 T vinegar Directions: Cut shortening into flour and salt. Combine beaten egg, water and vinegar. Pour liquid into flour mixture all at once. Blend with a fork just until flour is all moistened. Roll out with a pastry cloth with a rolling pin with a sock.  Bake at 450 for 10-12 mins for a pie shell, or 425 for a two crust fruit pie for 35-45 mins.  Makes 3-4 crusts.

3. When you get an hour all to yourself what do you do?

Clean up my sewing room! I am a messy quilter and I tend to go from one project to the next with barely a pause between. I actually find it relaxing and even fun to have an hour to go into my sewing room and tidy up. The mess is all on the surface, if you open drawers and peek inside you’ll discover that I’m actually quite organized.

4. What does your husband think about your quilting business?

My husband works fulltime so he seldom travels with me although he does his share of airport shuttles. We’ve been married for 31 years and he understands that I am at my best when I am pursing my own interests. My quilting business has taken a shift in the last year with the addition of designing fabric and filming a class for Craftsy. Sometimes I get a snippet of what he thinks of my business like when he came in while I was doing a Craftsy rehearsal via Skype. Afterwards he told me, “You sounded so professional, like you really know what you’re talking about!” He puts up with a lot, like my messy sewing room, and having to make his own dinner, but he has been known to draw the line like the time that I had some quilting friends coming over for a morning of sewing. It was the day after his birthday and I had baked him a blueberry pie in lieu of cake. He was on his way to work when he turned around and drove back home, came into the kitchen and asked, “You aren’t going to give my birthday pie to the quilt ladies are you?”

5. What big project are you working on now or next, and do you have pictures?

I have half the blocks completed on Sue Garman’s, Ladies of the Sea – I’m doing them in Back Basting Appliqué. It’s a big project!

Thanks for the fun of 5 questions! 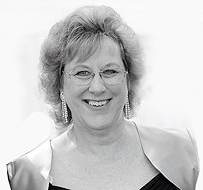 Owner academyofapplique.com, business woman, CFO, and active applique fanatic. It's time to bring applique to the next generation of quilters and preserve this art for future enjoyment.